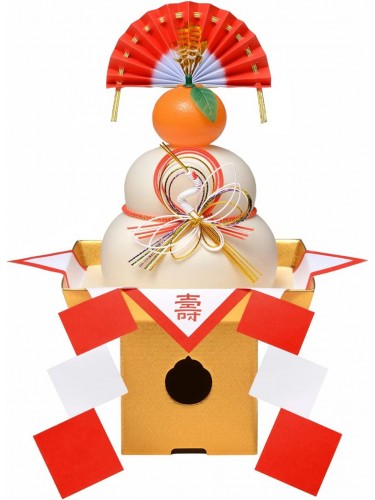 Kagami mochi (鏡餅, literally mirror cake) is a traditional Japanese New Year's food. It can be placed in various places in the house, on a religious altar called kamidana or on the tokonoma, a small decorated alcove in the main room of the house.

According to the tradition, Kagami mochi are broken and consumed during the kagami biraki (opening of the mirror) on the second Saturday or Sunday of January.
This is an important ritual in martial arts dojos.

Kagami mochi is dehydrated to be preserved for a long time. To be eaten, it should be cooked in a soup (see illustration) or toasted (in a toaster or in a waffle machine for example).

30 other products in the same category: