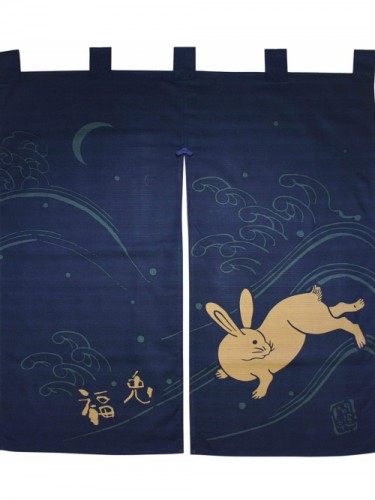 This pretty noren representing a rabbit is dyed with indigo. The indigo or Aizome dye has been used since the 12th century in Japan and developed mainly from the Sengoku era or "era of the warring kingdoms". In fact, this dye in addition to being very beautiful contains antiseptic properties that were very useful to the warriors of the period.

The rabbit or usagi in Japanese is an animal present in many Japanese legends. One of these legends even says that after giving his flesh by throwing himself into a pot to feed a god who had taken the form of a hungry old man. To thank him for his sacrifice, he decided to send the rabbit to the moon. Thus was born the legend of the lunar rabbit known to all Japanese.

30 other products in the same category: