Every year, during the Golden Week, on May 5th, Japan celebrates "Children's Day".

Since the sixth century, Japan celebrates this holiday which was formerly known as the Tango no Sekku, the iris festival. It was in 1948, following a government decision that May 5 began to be Kodomo no Hi, children days. Originally, this festival was dedicated to boys to encourage them to be strong and courageous.

During this holiday, families raise koi carp banners called Koinobori referring to the Chinese carp legend. According to the legend, thanks to its patience, strength, and courage, a carp managed to go upstream of the Ryumon River also known as the Dragon's Gate and arriving at the top, he became a dragon.

This festival also had military values. Indeed, that day the boys were given armor items by their family.

Because of the military values ​​of this festival, samurai helmets and armor called yoroikabuto are exhibited in some families. It is also customary to exhibit Kintaro dolls, a legendary samurai who were known since birth for his Herculean strength and Momotaro dolls, the fishing boy sent by the Lord to defeat the demons and their leader. 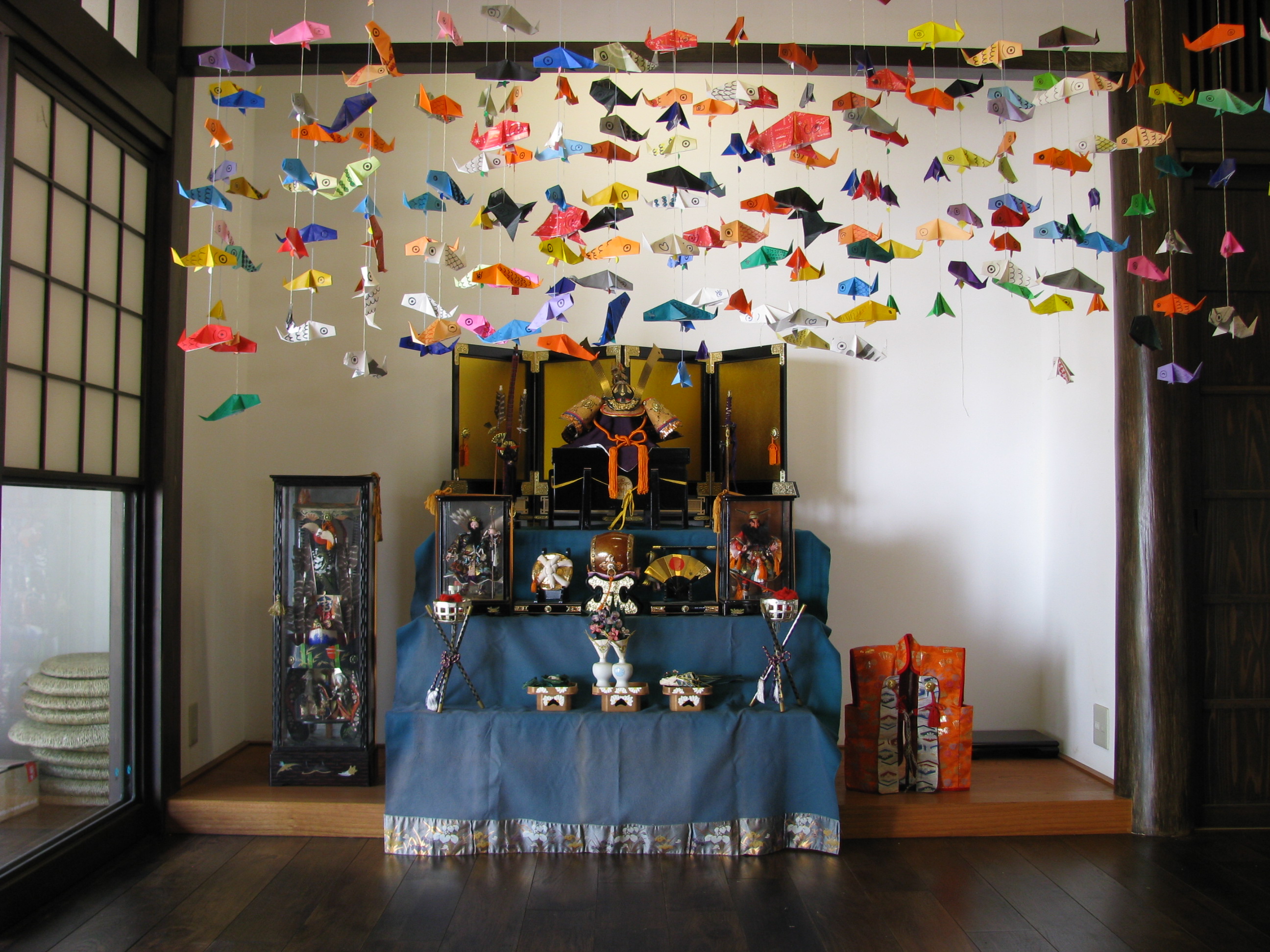 Carp is the symbol of this holiday. Indeed, Koinobori is tied up in many public places and outside the houses. Traditionally, three different carp are attached, one black, usually the largest of the three, representing the father called magoi. A red one representing the mother called higoi and the last one generally blue representing children traditionally the boy. Other Koinobori can be added for each brother and sister. 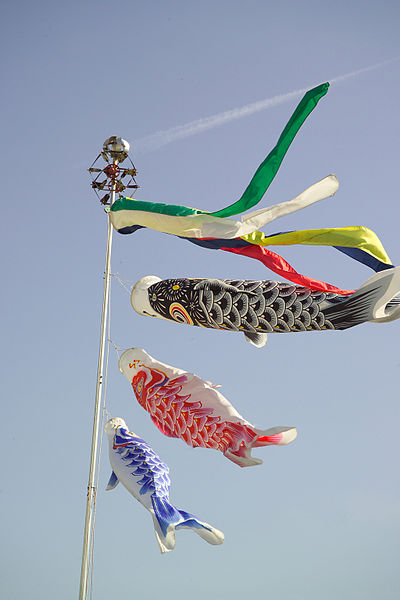 As is often the case for traditional Japanese festivals, it is not uncommon to find special party dishes. Indeed, children days does not escape this rule. Two dishes are traditionally prepared, kashiwamochi and chimaki.

The first is a pastry made from mochi and azuki, sweet red bean paste. The mochi is stuffed with azuki then surrounded by an oak leaf called Kashiwa meaning that parents should not die before their children are born. This meaning comes from the oak leaf that only falls when the bud appears. 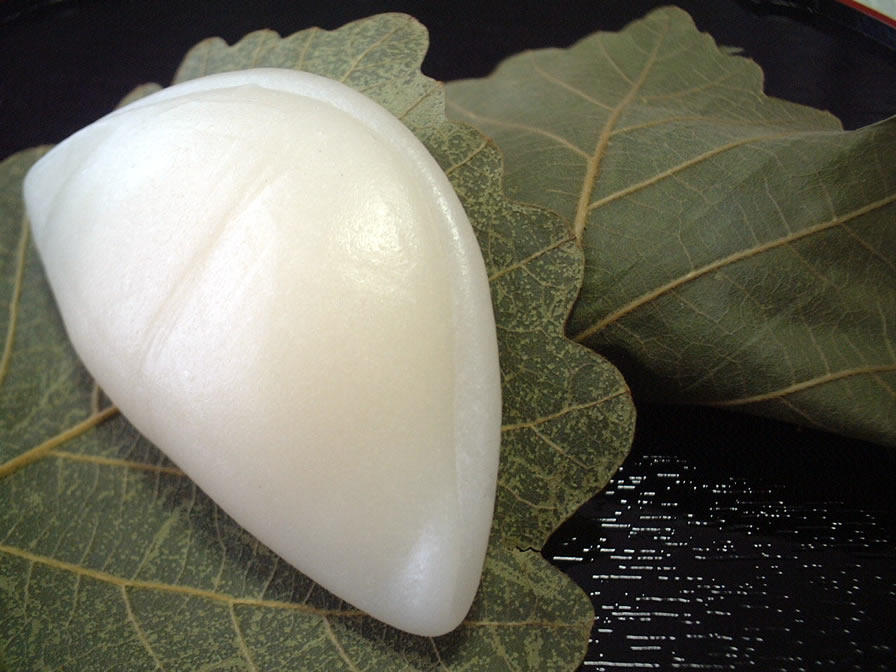 The second is a rice dumpling wrapped with bamboo leaves. Although it is often stuffed with azuki its content can differ according to the regions. 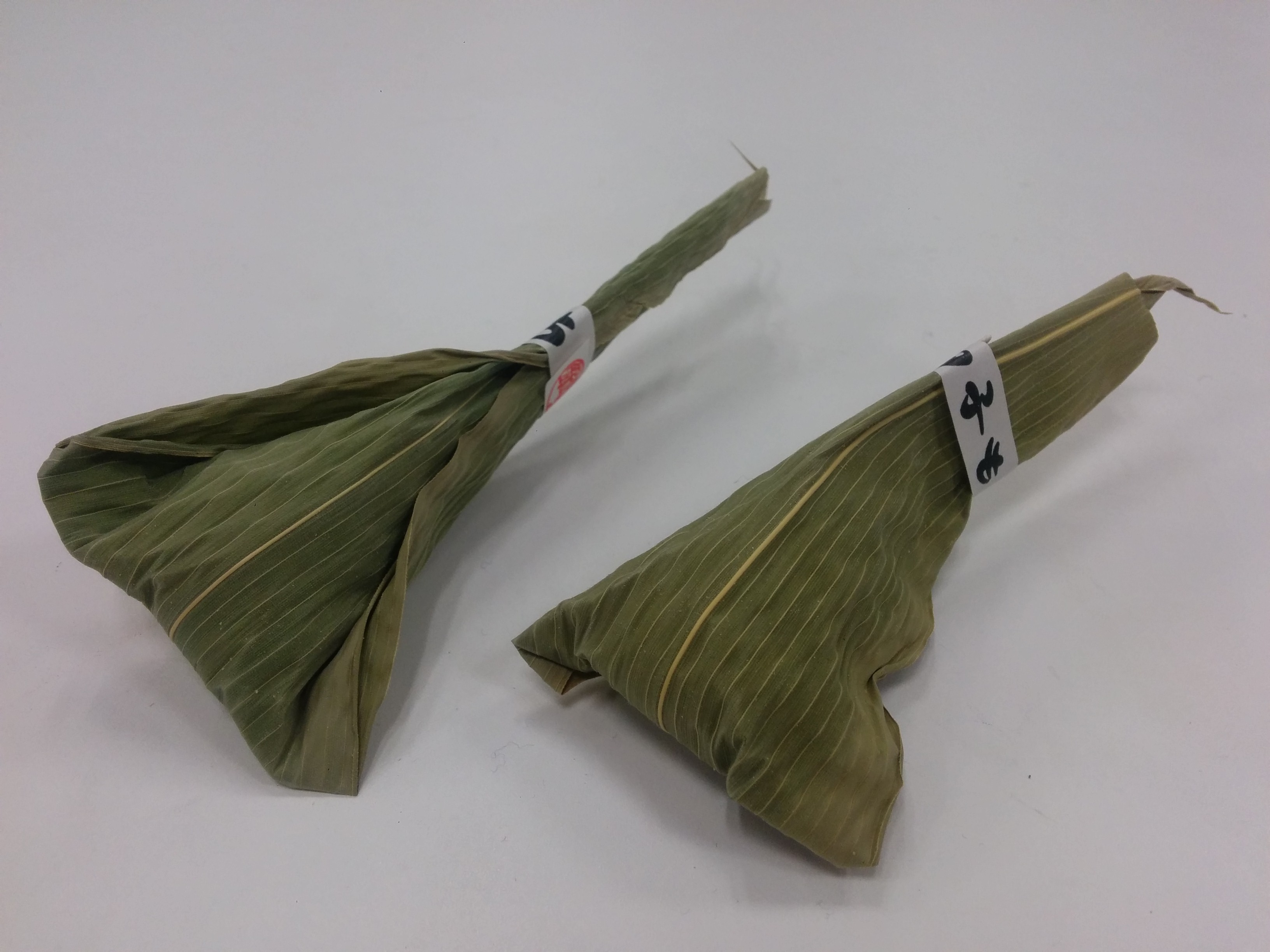 On May 5, parents wish happiness, joy, and health for their children. Although the party is no longer intended only for boys, it keeps for the Japanese population a great masculine connotation. Girls having their own celebration, Hanamatsuri, every year each March 3.