Kappa is one of the many creatures of Japanese folklore. His origin goes back to the Edo era where he was considered as a malicious and dangerous being. It was even not recommended for children to get too close to rivers. Indeed, he was known to attract men in order to sink them and to eat their flesh. That is why even now it's possible to find old signs with "Be aware of Kappa" written on it near the rivers.

Usually, kappa lives in rivers although, occasionally, he comes out to steal food from fields or houses. He is often portrayed as a humanoid being having the size of a child with a hole in his skull where he keeps water, the source of his power. Therefore, without water, he would be paralyzed so when he moves away from the river this hole must always be filled. 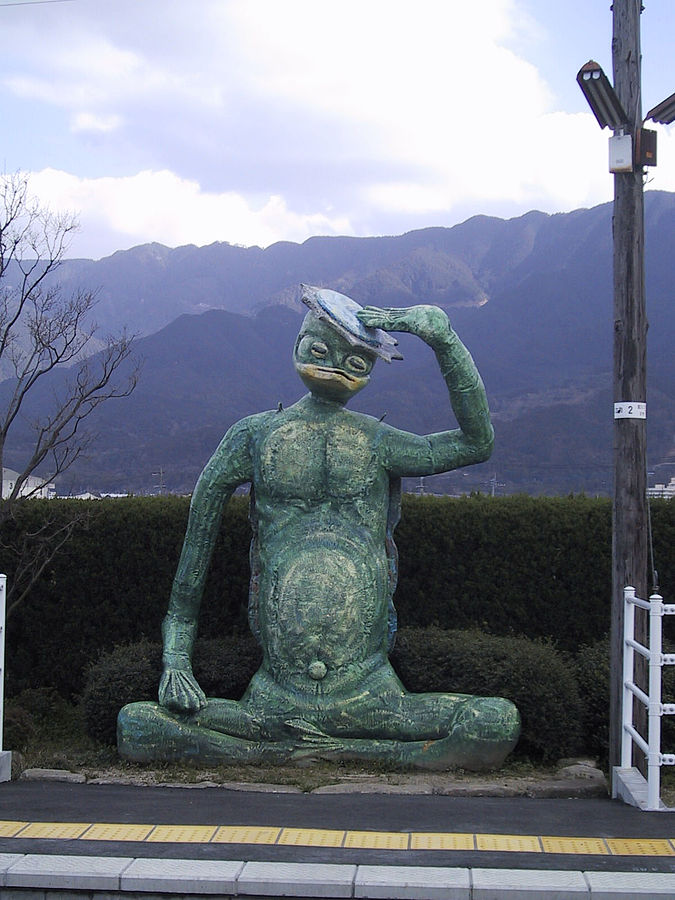 If you are touched by a kappa, you will have no way to escape. You will be under his control. So here are two ways to escape. First, Kappa has an obsession with cucumbers that they consider better than human flesh (which is good for you: p). Just feed him cucumber and he'll thank you by sparing your life. In the Edo era, it was customary for people to throw in the river cucumber with their name or their children names written on it as well as their dates of birth. This way the family thought they were spared for at least one year because they had fed the yokai. If you don't have a cucumber on hand, you would still have the second method: greet like a Japanese. Indeed, being of rare politeness, when you greet him he will greet you in return. It is at this exact time that you will have to run as far as possible. Because of the salute, the small hole on the top of his head will be empty. Without his water, he will lose all his powers and be paralyzed.

Today, kappa is present everywhere in the Japanese culture ranging from temples to animated films, an entire district is even dedicated to him. He is one of Japan's 3 most popular yokai along with Tengu and Oni.